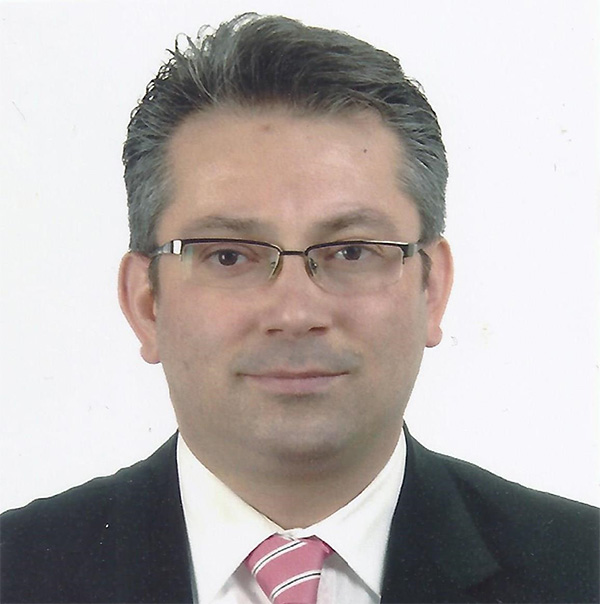 Gönen Renewable Energy Facilities are located in Gönen about 40 km from Bandırma. Bandırma is a city in the North Western of Turkey with a population of 143,000 (2012 estimate) situated on the Sea of Marmara. The city is an industrial centre and its harbour serves as a transit point for trade between Istanbul and Izmir. There is also farming and agricultural production in the surrounding areas including cereals, sheep wool and meat, cattle, grain and the mineral boracite.
1. Biogas Plant
The Gönen Biogas Plant commenced operating in February 2014 with an initial 2,134 MW capacity, this was increased to 3,621 MW, with additional investment, in November 2014. The Gönen Biogas Plant is unique in that is designed and built utilising Turkish technology and Turkish engineers and labour. The Gönen Biogas Plant is the most productive biogas plant in Turkey and uses the highest capacity ratio. Cattle manure, chicken manure, rice straw, slaughterhouse waste and food industry residues from the immediate region are the main raw materials of the Biogas Plant. Approximately 400 tonnes of wet organic waste are fed to the system each day. More than 60% of the organic portion of the raw material is converted to biogas by anaerobic fermentation in the reactors. The biogas is cleaned and conditioned before being fed to the gas engines that generate the electrical power. The raw material is heated by waste heat provided from the jacket water of the gas engines. In addition, steam for the organic fertiliser production in the facilities is produced from the exhaust of the gas engines. In summary, almost all of the heat required for the integrated facilities is produced from the waste heat, and any required fossil based energy used in the various plants is therefore minimised.
2. Solid Organic Fertiliser Plant
Digestate, after the anaerobic fermentation process, is separated into solid and liquid phases by separators. The Solid phase is conveyed to a compost bay for aerobic dehydration and stabilisation. After the solid phase dries to 50% water content in the compost bay (achieved by a combination of solar and aerobic reaction heat), it is fed to the thermal rotary dryer system. A portion of the steam generated from the gas engines’ exhaust is used in this stage and the solid phase is further dried to 20% water content in the rotary dryer. In addition, the solid fertiliser is sterilised with heat, during dehydration in the rotary dryer, in order to comply with Turkish Agricultural Regulations. Upon completion of the dehydration process, the solid fertiliser is pelletized and then packed. The Solid Organic Fertiliser Plant has a production capacity of 20,000 tonnes per year.
3. Liquid Organic Fertiliser Plant
Digestate, after the anaerobic fermentation process, is separated into solid and liquid phases by separators. The Liquid phase, which has 96% water content, is pumped to a multi effect evaporation system for concentration and sterilisation, also according to Turkish Agricultural Regulations. The liquid organic fertiliser is further concentrated by reduction to 60% water content by the evaporation process and then packed. Most of the steam generated from gas engines’ exhaust gas is used for evaporation of the liquid organic fertiliser. The Liquid Organic Fertiliser Plant has a production capacity of 15,000 tonnes per year.
4. Humic Acid Plant
Humic acid is the principal component of humic substances, which are the major organic constituent of soil (humus). Humic acid is produced by a thermo-chemical process of leonardite and potassium hydroxide (KOH). Leonardite, provided from the Kaz Mountains, is ground and then transferred to the reactors by blowers. Concentrated potassium hydroxide is also pumped into the reactors. The composition is mixed and heated by the jacket coils of the reactors up to a temperature of 60oC. The mixture is pumped to the decanter at the end of its residence time. The liquid phase, after decanting, is humic acid, and is pumped to the storage tank for subsequent packing. The solid phase, which is coal, is conveyed to the dryer and then reused in the boiler for the heat needs of the process. The Humic Acid Plant has production capacity of 10,000 tonnes per year.
5. CATLIQ Bio-Oil Production Facility
CatLiq is a 3rd generation conversion technology. CatLiq® is a revolutionary, nano-technology, process, that operates at supercritical conditions and converts organic waste and biomass into high quality green crude oil. The basic principle of the technology is to break the ties between molecules under both very high temperature and pressure, in an alkali environment. Then, with the help of the special and patented homogeneous and heterogeneous catalysts, it realigns C(Carbon) and H(Hydrogen) to form hydrocarbons, which forms the resultant synthetic oil. Water and minerals, which enter to the process with the feed material, are separated from the oil within the process, and are recovered as valuable by-products. CatLiq® is a net energy producing technology that uses 1 unit of energy to produce 7 units of energy. Unlike other existing technologies, like gasification, which work well with dry feeds, the CatLiq® process is optimized to convert wet, low value, feeds such as sludge, manure and similar residues from food production into a green oil, which is both easy to store and transport. The Patents of the Catliq technology are owned by Altaca and were issued in most countries including the USA, Europe, Canada, Russia, Australia, Japan, North Korea, China etc. The construction of the Catliq Plant is planned to be completed by the end of 2016. It is estimated that 11,000 tons of synthetic oil production can be achieved based on the data provided during tests at the pilot plant in GOSB Teknopark.

H. Alper Onoglu was born in Konya in 1970. He graduated from Bogazici University, Department of Chemical Engineering in 1993. He started to work at Procter and Gamble Sharon Woods Technical Center, Cincinnati, USA as a training R&D engineer. Then he was transferred to P&G Italy, Rome Technical Center as an R&D Engineer. His R&D career started with his P&G experience.
After his experience at P&G, he started to work for Chevron in Kazakhstan (Tengizchevroil), Tengiz oil field as a Design and Application Engineer. Tengiz oil field is world’s one of the highest pressure and highest Sulphur content oil fields. His experience in Tengiz gave him the opportunity to specialize in engineering and construction under extreme conditions.
He was promoted to Field Facilities Group Manager, Tengizchevroil, after his high performance as Design and Application Engineer. He was responsible of managing oil wellheads, high pressure-high temperature oil and gas piping design and construction. Mr. Onoglu was promoted to KTL Oil and Gas Processing Plant Debottenecking Project Coordinator Chevron Kazakhstan.
In 1997, Mr. Onoglu established Altaca Group of Companies with his two brothers. He has been working actively as the president of the Group since its establishment. He is located at the Istanbul Head Quarters and its R&D facilities. Altaca Group initially started with construction and engineering activities. Altaca has been doing business in Russia, Turkey, Kazakhstan and Azerbaijan. Altaca have completed more than 200 projects.
Mr. Onoglu added Altaca Energy to the group in 2008. Altaca Energy specialized in renewable energy, especially waste to energy. Altaca purchased the incomplete Catliq Technology from a Danish company with its all IP rights. Mr. Onoglu led the R&D team and made a great progress for commercialization of the CatLiq technology. Mr. Onoglu worked as the chief process engineer and project manager in designing and construction of the Gonen Energy and Fertilizer Complex. He developed the integrated Altaca biogas and organic fertilizer process. He is currently working on extending the Altaca process to other locations.
Mr. Onoglu is currently Chairman of Turkey Denmark Business Council at DEIK. He is a member of Tugiad, Musiad, Konsiad, Bumed, Biogazder, KMKD, IAFL, TKV (AFS). He is married to Dr. Nazan Önoğlu and he is the father of Bilge and Uygar.